Super Puma takes on Chilean fire fighting duties
With the aim of supporting and improving aerial tactics in the fight against forest fires, two Super Puma AS332 helicopters have recently landed in Chile. 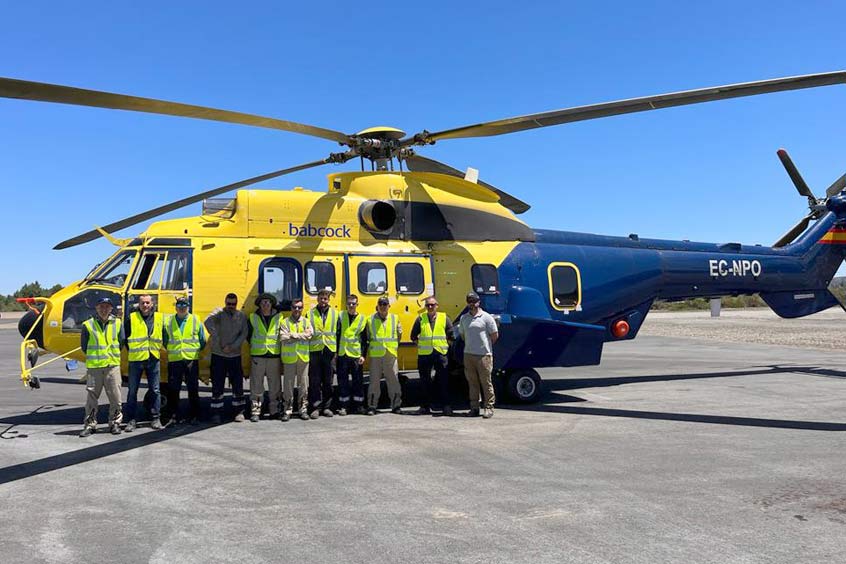 The Super Puma will be working in the Biobío and Araucanía Regions to help extinguish the fires.

Chile-based Ecocopter, together with Babcock, has been charged with operating two Super Puma AS332 aircraft that will be deployed in the Biobío and Araucanía Regions to help extinguish forest fires. According to figures provided by the Chilean National Forest Corporation CONAF, which are updated daily, in the 2022-2023 season there have already been nearly 2,700 forest fires and more than 47,000 hectares have been affected.

Ecocopter forestry manager Mauricio Neira says: "The presence of the Super Puma in Chile is a guarantee and an example of how the forestry industry is taking the necessary measures to prevent these types of catastrophes from spreading and how they can be controlled with fast, efficient and safe aircraft with world-class expert crews."

The Super Puma helicopter is capable of dropping up to 3,500 litres of water and can carry 16 firefighters. These features enable it to meet the demands of the forest fire season in the semi-heavy helicopter segment. The Super Puma has an autonomy of up to three hours, is 20 metres long and has a rotor diameter of 16.20 metres with four blades. It also has a complete system for firefighting, through a helibucket for water loading. With this mechanism, the Super Puma AS332 can load its main tank, landing on a water source in a few seconds and allowing launches in different modes, from partial launches to full discharge in six seconds.

On this occasion, the aircraft will be commanded by pilots and crews from Europe and will have a staff of mechanics, engineers and logistical support that totals more than four people per aircraft. They will be in Chile until the end of the 2023 season.

"Its qualities allow a large volume of water attack, fast and effective in firefighting, thus facilitating the work of the brigades. Additionally, it has the potential to perform up to 30 or more raids per hour, depending on the distance to the water loading point, which means an increase in firefighting capabilities," explains Babcock pilot and head of firefighting operations Jose Gil.

It is worth noting that during the 2021/2022 season, which runs from 1 July, 2021 to 30 June, 2022, the area damaged by forest fires increased, reaching 125,339 hectares, of which 86,910 correspond to intentional fires, according to the Annual Environment Report published by Chile's National Institute of Statistics. Therefore, the arrival of these titans of the air is essential to extinguish the forest fires that break out in the country and cause so much damage to people and the environment. 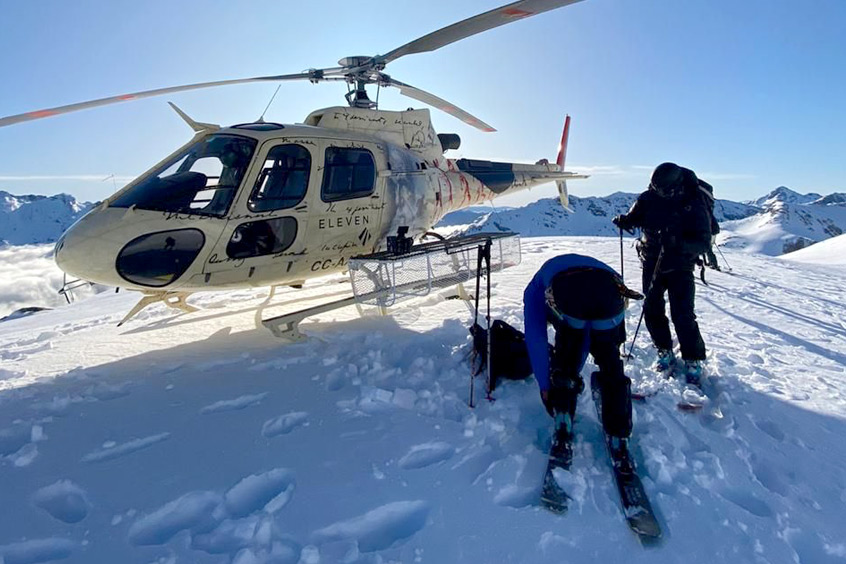