Former LifeFlight pilot makes major aeromedical donation
John Lewis has been instrumental in the development and success of LifeFlight's air ambulance fleet, and has now donated a sum that will provide support for years to come through the sale of his half of the Aeromed JV. 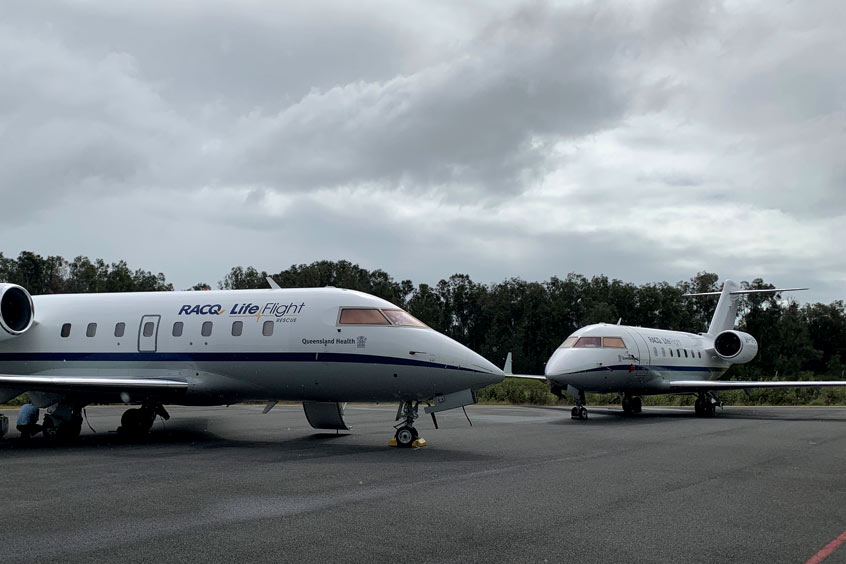 The LifeFlight Air Ambulance jet fleet is vital for people in rural and regional areas across Queensland. 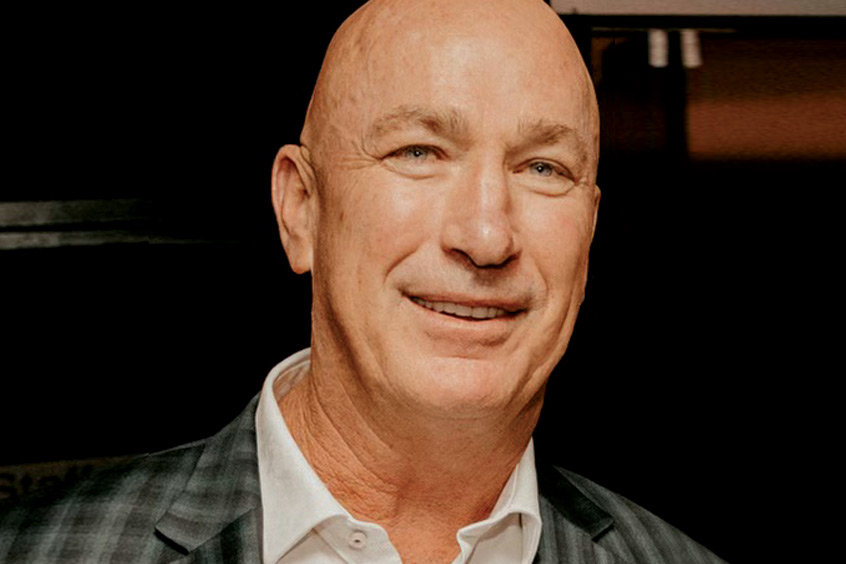 A businessman who formerly flew as a jet pilot for LifeFlight has donated $15 million to the Australian profit-for-purpose organisation, making him the biggest individual donor in the aeromedical service's 40 plus year history.

At 15 years old and too young to drive, John Lewis was pedalling his pushbike to the airport to take flying lessons and gain his first pilot's licence. At 30, he owned his first aircraft and was happily addicted to flying; a passion that has lasted his entire adult life. Now, aged 60, he has made a donation that will make a positive impact on one of Australia's most trusted aeromedical organisations and its patients for decades to come.

"You can ask why do it or you can ask, why not? Why not do it?" says Lewis. "I've gotten so much satisfaction from my time with LifeFlight, and I just felt that being custodian of this aircraft means that stewardship will continue on the work being done. I like the direction it takes, I really respect the CEO Ashley van de Velde and all the board members."

Lewis is the owner of the Lewis Hotel Group that made the donation, and has long been a supporter of the aeromedical service. He first became involved with it in 2006 after a chance meeting at an aircraft hangar with then CareFlight, now LifeFlight Australia, CEO Ashley van de Velde OAM and Dean Bordiss, who was fixed wing chief pilot at the time.

By the end of the meeting the charity's commercial division had a new aircraft, Lewis found himself guarantor for the finance to buy the jet he was selling and a new joint venture, Aeromed Qld, was created. Owned 50/50 by the profit-for-purpose and Lewis Hotel Group, Aeromed Qld buys and then leases aircraft to LifeFlight.

Lewis had no second thoughts about investing time and money and says: "If people are willing to participate, it's a testament to the quality of the operation and of course the quality and character of the people within the organisation."

Thanks to Lewis' financial support, business acumen and advice over the past 15 years, he is considered instrumental in the development and success of LifeFlight's air ambulance fleet, which operates domestically and internationally.

"John has been one of our greatest supporters, quietly working with us in the background, never seeking praise or limelight," says van de Velde. "He has always offered to back us in tough times, be a guarantor, pay for things himself then lease them back. He is a fierce negotiator and that skill has enabled us to expand our fixed wing fleet to its current high standard."

Along with its iconic RACQ LifeFlight Rescue community helicopters and a commercial rotary wing fleet, LifeFlight operates four Challenger 604 jets from bases in Brisbane, Townsville and Singapore. The LifeFlight Air Ambulance jet fleet is vital for people in rural and regional areas across Queensland to have access to the highest standards of aeromedical and hospital care. It is a far cry from the single Learjet 36 the fixed wing division first operated from its base on the Gold Coast.

"To put it simply, we wouldn't be where we are today without John," says LifeFlight Captain Dean Bordiss. "As a charity, we would never be able to achieve what we have without John's financial and business support."

Lewis gained appropriate endorsement to become a first officer and flew both domestic and international retrieval missions. For many years, he kept his qualifications up to date, undertaking training requirements along with the rest of the fixed wing crew.

"I remember one mission, bringing a man with a terrible head injury home from Kenya to New Zealand. We had to fly back at sea-level because of his condition. It was just nice to be able to do it for the family, they really wanted to bring him home. I still get goosebumps just thinking about them," says Lewis.

Lewis was on duty for the 2014 test flight when the organisation's first Challenger 604 jet was approved by Queensland Health as a response aircraft during the ebola outbreak.

He was also a member of the crew who flew what was, in 2015, the longest civilian ECMO movement ever undertaken. The extracorporeal membrane oxygenation (ECMO) machine is a portable heart-lung bypass machine that pumps and oxygenates a patient's blood, allowing the lungs and heart to rest.

"For the aircrew, the actual flight was just a normal flight. We had a specialist medical team with us though, and this man basically had his heart outside of his body for the entire flight from Japan to Brisbane," says Lewis.

Like many other aeromedical team members, it was the paediatric and neonatal airlifts that gave Lewis intense personal satisfaction.

Lewis was also instrumental in the negotiation, purchase and collection of three former RAAF Challenger 604 aircraft from the United States.

For Lewis, the camaraderie, banter and personal relationships are why he feels such a sense of gratitude and connection to LifeFlight and the people he flew with.

"We had plenty of incredible adventures together, though we can't talk about those," jokes Bordiss. "He's such a unique man, and we've had some terrific experiences flying and travelling together. He's built his business from one pub, working hard to acquire and run many more. He's the most down to earth, tell it like it is sort of guy. He's done a lot for me personally, and he's done a lot for LifeFlight."

The other significant benefit from the Lewis Hotel Group for LifeFlight is 100 per cent ownership of Aeromed Qld following the board's acceptance of Lewis' offer to sell LifeFlight Australia his 50 per cent share in the joint venture. It was money from that sale that Lewis immediately donated back to LifeFlight.

"I do consider John selling us his share of Aeromed to be his legacy, and it is just as important as the generous $15 million dollars," says van de Velde. "For Aeromed to now be a 100 per cent owned subsidiary of LifeFlight Australia gives us so many options as we continue to explore commercial opportunities, to generate funds to pay for the vital community helicopter service in Queensland. Now that is a legacy any person should be proud of."

Lewis and his family, particularly his wife Deb, have a deep interest in philanthropy.

"My wife was a motivator. She loves helping people, just loves the idea of giving and helping," says Lewis. "I felt that it was just time to pass the baton, and what better way to pass the baton? It's an appropriate way to exit gracefully and with generosity."

While it is an exit of sorts, Lewis is not closing the door on LifeFlight. A life member of LifeFlight Australia, he will also retain his LifeFlight board directorships. 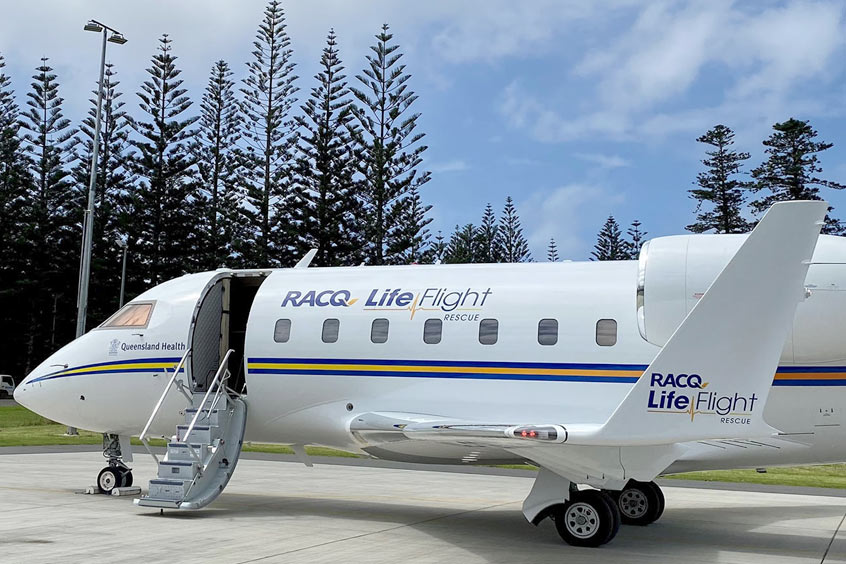 Rescue tally shows importance of LifeFlight Australia operations
Australia-based aeromedical service LifeFlight Australia has notched up another record-breaking calendar year, with its fleet of helicopters and air ambulance jets helping an average of 20 people every day.
Read the full report 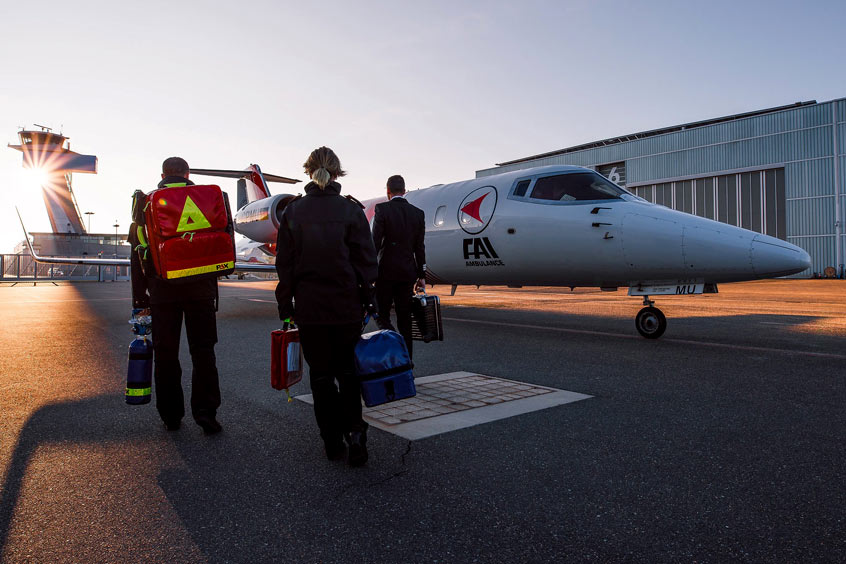 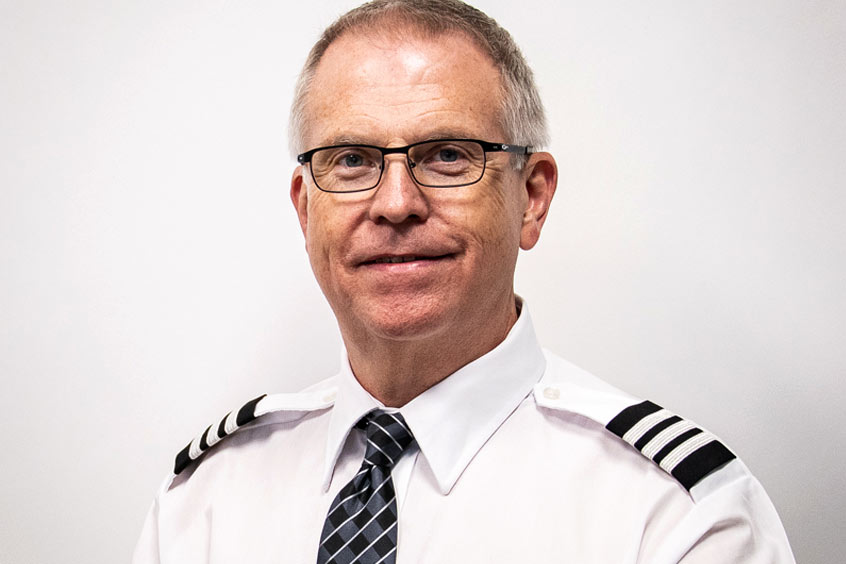