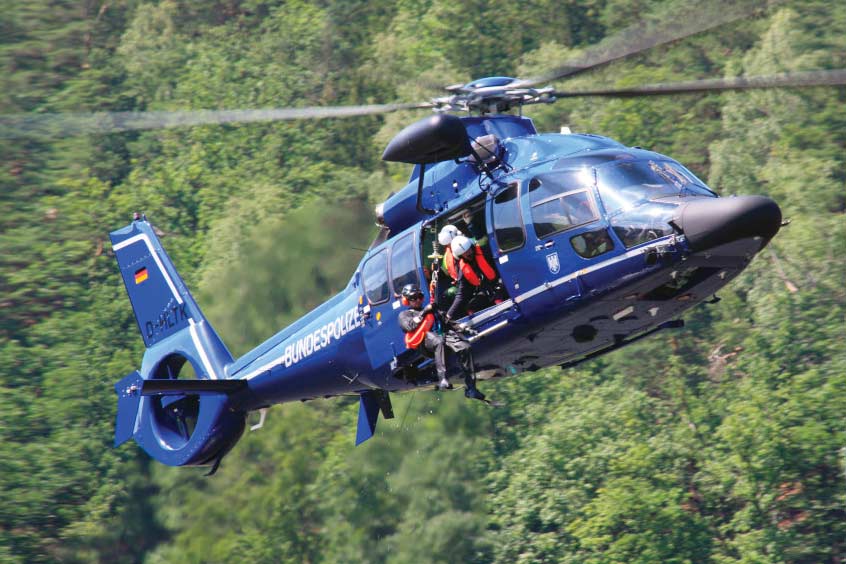 The HTM Group will service and maintain the German Police's EC155 fleet.

The German Federal Police has contracted Germany-based rotary specialist the HTM Group to service and maintain its EC155 fleet.

As one of the largest operators of civil helicopters in Europe, the Federal Police tendered for services for its entire EC155 fleet of 19 helicopters via the NATO Support and Procurement Agency in the form of a multi-year framework contract.

HTM's Part 145 subsidiary Intercopter will carry out the majority of the services at its Taufkirchen site near Munich. In addition, the HTM's development company Advanced Aerospace Developments will also be able to provide modifications and integration services as an optional part of the framework agreement.

The HTM Group will play an important part in the operational readiness of the Federal Police's flying group, which is responsible, among other things, for monitoring the country's borders, transporting police forces during large-scale operations, supporting the federal criminal investigation office and helping to deal with serious accidents and catastrophes at home and abroad.