Read our latest feature:   Show issue: MEBAA
Taranaki set to replace ageing Bumble with a BK117
Taranaki will be leasing the BK117 which means the Trust won't have to pay millions of dollars to purchase the helicopter, but will fundraise an estimated $1 million per annum to continue the service. 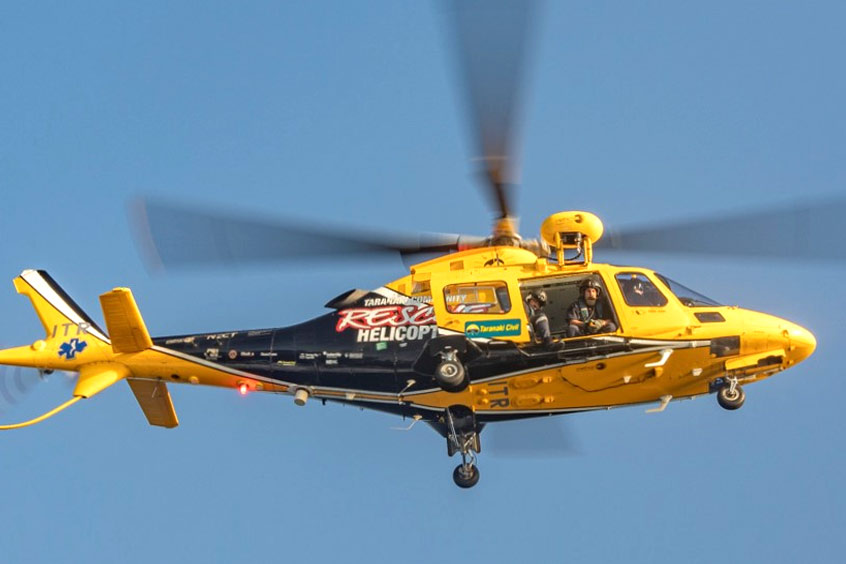 The A109, known locally as Bumble due to its black and yellow markings, is set to be replaced by a BK117, the most common rescue helicopter in New Zealand.

Taranaki Rescue Helicopter Trust is set to replace its Agusta A109 helicopter, having served the region for 12 years, with a BK117, which is the most common rescue helicopter in New Zealand.

The demands on the rescue helicopter have grown, with the number of missions annually in Taranaki steadily increasing over the past three years. A record breaking 287 missions were carried out in 2020.

“The Trust is confident this will provide the safest, most appropriate and financially responsible solution for the Taranaki community,” says Taranaki Rescue Helicopter Trust chair Evan Cottam.

“We are very proud of the service that has been provided to our community by the A109 over the years. It has made a significant, positive contribution to the lives of many people.”

As Taranaki will be leasing the BK117 it means that the Trust won't have to raise millions of dollars (NZD) to purchase the helicopter, but it does mean that it will need to fundraise, what it estimates to be approximately $1 million per annum to continue the service.

The A109, known locally as Bumble due to its black and yellow markings, was sent for scheduled maintenance at the start of the year and in addition to the comprehensive service, there were several additional parts identified that required attention, which resulted in the Trust considering the best course of action for the community.

The BK117 helicopter was utilised while the A109 was out of service. It removes the challenges associated with switching between aircraft types and allows for consistent maintenance planning across the fleet with parts available in New Zealand.

Airmedic upsizes Quebec response fleet
The purchase of four BK117s increases Airmedic's fleet to six helicopters, and since they came from STARS they are already configured for medical transport.
Read the full report