Mi-171A2 helicopter is closer to entering South Korea
A new permit issued by the Republic of Korea means that the Mi-171A2's engine fully complies with the requirements of the state aviation regulations of the country. India, China, Brazil and Colombia also approve. 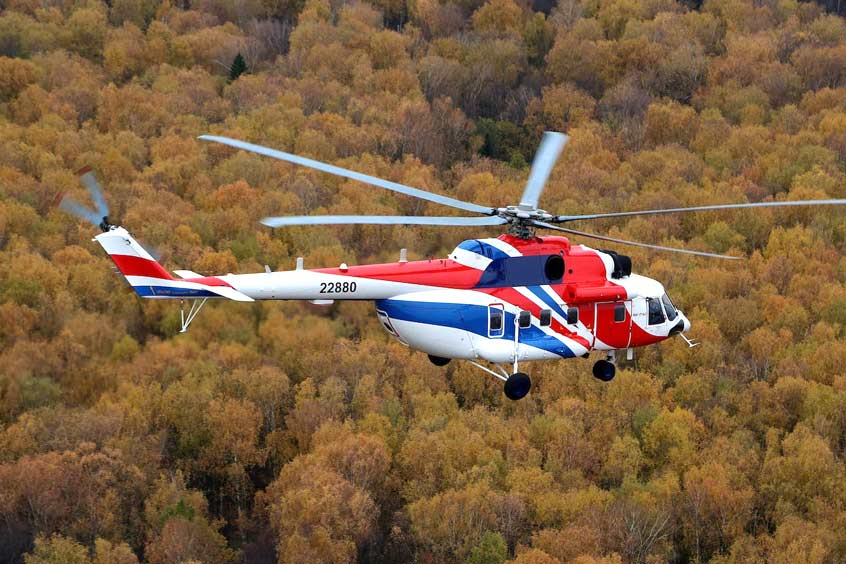 The engine performance has been proven in temperatures ranging from minus 50 to plus 60 degrees C.

Russia's United Engine Corporation, a unit of the Rostec State Corporation, has received certification of the VK-2500PS-03 engine for the Mi-171A2 civilian helicopter in South Korea. Validation of the type certificate will allow deliveries of units manufactured by UEC Klimov to begin to the country.

The obtained permit means that the engine fully complies with the requirements of the state aviation regulations of the Republic of Korea and can be operated as part of the Mi-171A2 civilian helicopter. This is confirmed by the corresponding letter from MOLIT, its civil aviation administration.

“Our engine is deservedly trusted by other countries. It is modern, high-tech and reliable, and its capabilities allow you to work in difficult conditions,” comments Evgeny Prodanov, the director of the VK-2500 programme and the TV3-117 chief designer. “The VK-2500PS-03 certification will allow us to deepen the partnership with South Korea, as well as to start deliveries there in the future.”

Similar approvals have already been received in India, China, Brazil and Colombia. The result of the certificate validation in China was a contract for the supply of almost 100 VK-2500PS-03 engines in 2021-2022. At the moment, on average, 300 engines of the VK-2500 family are produced annually, with plans to increase production to 500 units per year.

The VK-2500PS-03 turboshaft engine is the newest modification of the VK-2500 and can be used on Mi and Ka helicopters. Engine certification tests in the Russian Federation were successfully completed in 2016. The main design difference of VK-2500PS-03 is the presence of BARK-6V-7S, a new digital control system of the FADEC type also developed and produced by UEC-Klimov.

The overhaul and assigned service life of the engine is two times higher than that of its predecessors. VK-2500PS-03 affords helicopters new possibilities when operating in high mountains and areas with hot climates. The engine performance has been proven in temperatures ranging from minus 50 to +60 degrees Celsius. The stable operation of the VK-2500PS-03 engines is ensured up to an altitude of 6,000 metres.