Perspectives: Marketing is key for fleet expansion, says Estonia's Diamond
2019 was a challenging year for Estonian operator Diamond Sky, but CEO Ken Koort has hit upon new opportunities both in scheduled services and management, and wants to double his four-strong fleet this year. 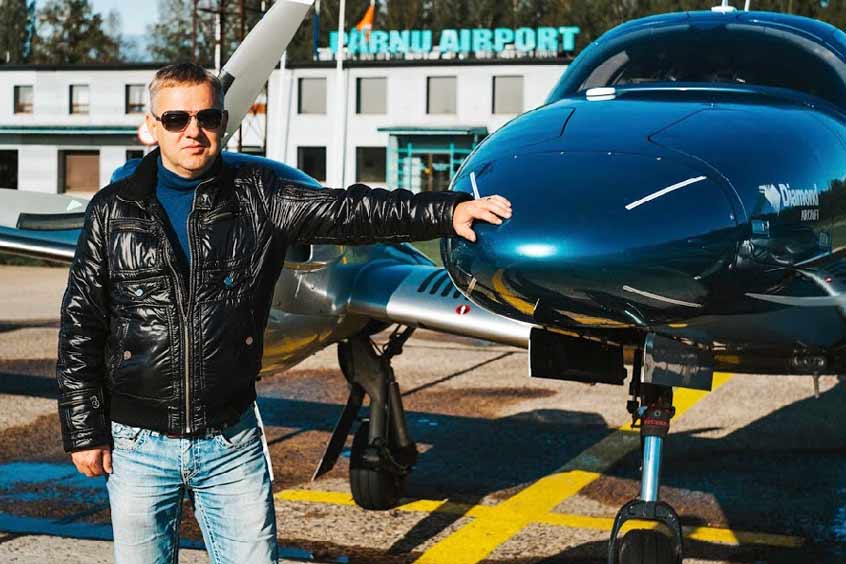 Ken Koort says that clients often use the Islander for fishing trips in Scandinavia.

For our Perspectives series, we talk to experienced business aviation industry professionals, who share with us their unique insights and offer a window into their world. This month's interviewee is Ken Koort, CEO of Estonian operator Diamond Sky. His company recently took on an Islander for government ops, and Diamond Sky is poised for rapid expansion despite market difficulties.

“We took delivery of our Islander half a year ago, and we started to operate it between the small islands in Estonia. We have also recently moved from the business aviation side of things more to commercial aviation, so we have a different department up and running for that, selling tickets.

The Islander fits the equation for us. The airfields we fly into don’t allow anything bigger to land, because of the length of the runway and the equipment they have. We investigated other aircraft types but in the end I would actually say there were no other options. We did some due diligence within the company and couldn’t find anything more appropriate for our operations.

We use the aircraft on a daily basis, up to five times a week, and we also have the opportunity to sell charter on it. In the summer time, people want to go fishing in Scandinavia, so we have the availability to charter it out. The reaction from passengers has been very positive. It may not be a big aircraft, but then again we are not from a big country.

Historically we used to operate more eastern aircraft, from the Ukraine and from Russia. Right now we are also targeting the European market, and looking to expand the fleet, taking new aircraft under our umbrella. Due to Brexit, we have quite a number of leads to take over aircraft, either new ones or from other operators who are either closing down or going to end ops. The market is quite tough.

We grew last year, but not rapidly – steadily. In our fleet we have four aircraft, but two of them are operated only privately. We have an Islander, a DA62, a Piaggio Avanti and a Nextant 400. Each aircraft has a dedicated crew, and the training manager therefore assigns them to different training programmes. Each aircraft is a department in itself, and ops and dispatch still work the same regardless of the type. We can pretty much operate anything, a Global Express, a Boeing BBJ, it doesn’t matter. The paperwork is always the same. We just have to make adjustments to the AOC according to the new type. We can have a single type fleet or a diversified fleet, either way is fine.

The bigger we go in terms of aircraft, the more potential there is for charter. There are bigger costs, but those costs tend to be invoiced to the owner.

The main work of the Islander is for the Estonian government, after we won a tender. So it’s internal flights.

This year we would like to at least double the fleet. The strategy for this? Marketing, marketing, marketing! I have motivated salespeople in various countries seeking new aircraft. It doesn’t matter where the aircraft comes from, it could be anywhere in Europe.

We have grown to be a solid operator, even though last year was a challenge. We have been going for five or six years and have had an AOC for the last two or three, so that has given confidence to our people that we are ready to integrate new aircraft to our fleet, just like any other operator in Europe. We are ready to really expand.

Scandinavia is our closest market, and we have a representative in Spain too. The closer to home the operation is, the easier it is to manage.”