Zurich-based business charter operator Heli-Link, sister company to Jet-Link and now subsidiary company of DC Aviation of Germany, has taken delivery of a 2008-build EC155B1, configured with eight vip seats. It is the first of the type to be registered in Switzerland and will be available for third party charter with immediate effect, joining an existing EC-120B in the fleet.

Heli-Link has been in business for over 20 years and has been the official helicopter partner to the WEF in Davos for more than 10 years. “We are delighted to be adding this new EC155B1 to our charter fleet,” comments founding ceo Hanspeter Candrian. “Heli Asset, which brokered the sale, did a terrific job in facilitating the sale of the helicopter to us.”

The boutique company remains fully autonomous following the ownership change, but its recent co-operation with DC Aviation means that it can now offer widened charter services on aircraft with a European operator's certificate to complement its long-established Swiss AOC.

Heli-Link was founded in 1990 by former Swissair captain Candrian to operate helicopter charters. By 1997 it saw strong demand for a wide range of services culminating in the launch of Jet-Link AG for the fixed wing business aviation sector. Today, Jet-Link operates a fleet of Falcon 7x and Learjet 45 aircraft. It undertakes its own executive handling at Zurich airport. In March this year the company was sold to DC Aviation.

Heli Asset was founded by Emmanuel Dupuy in mid-2011. Its sales professionals are organised by helicopter model, with each being expert in their respective markets. 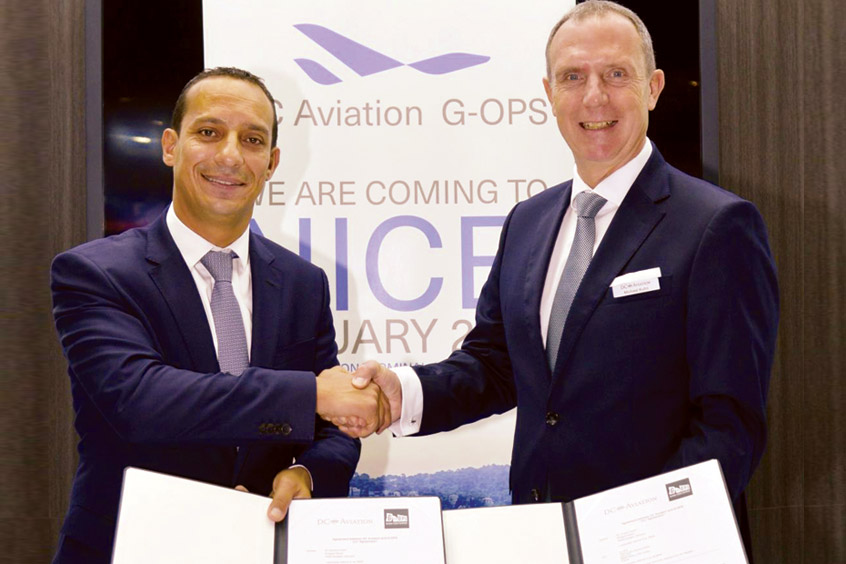