In order to achieve the STOL capability, the aircraft had a double slotted Fowler flap running the full span of the wing, and a spoiler system was utilised for roll control instead of ailerons, thereby permitting the full wing flap.

The MU-2 was progressively upgraded over its 20 year production run, but essentially there are standard fuselage versions that seat six or seven passengers, and stretch versions that seat up to 11. Mitsubishi certificated all the civil TPE331 powered MU-2s as variants of the MU-2B. The first stretched fuselage MU-2G flew on 10 January, 1969. Other changes include improved and more powerful TPE331 engines, and four blade propellers from the N and P models.

The final versions of the short and long bodies are the Solitaire and Marquise, both powered by two 715 shp Garrett TPE331-10-501Ms driving four blade constant speed propellers. 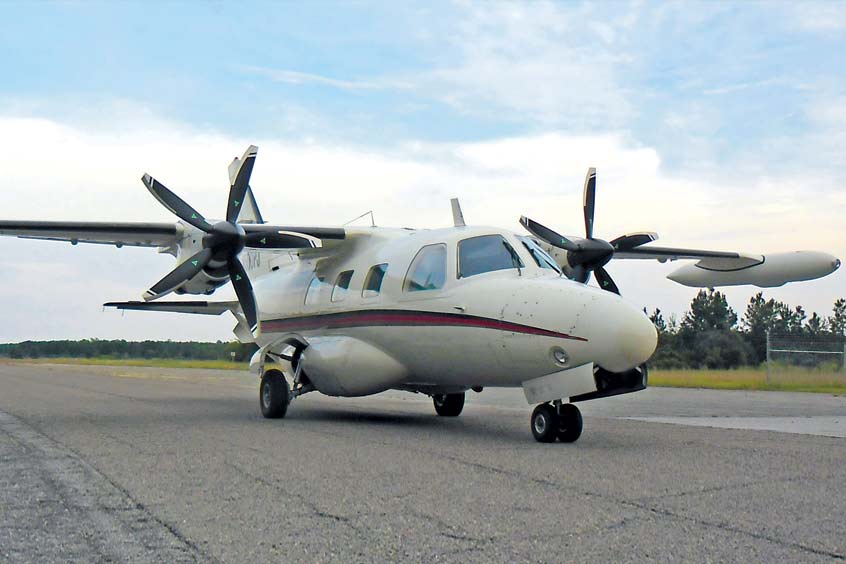 MT lands Brazilian STC for five-blade MU-2B prop
The installation of the five-blade MT-Propeller on the MU-2B dramatically reduces the inside noise by up to 8 dB(A) and reduces the propeller weight.
Read the full report 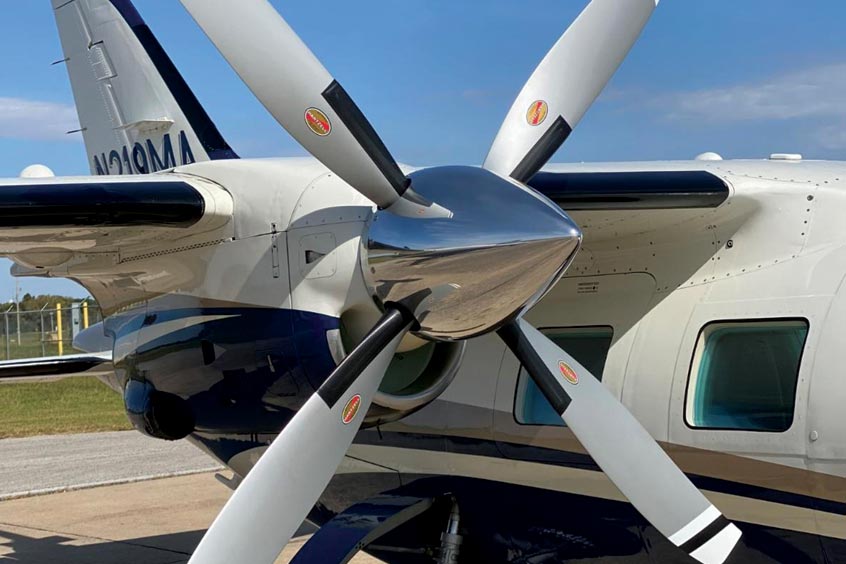