First design studies of a L410 Turbolet began in 1966. The prototype was initially powered by Walter M 601 engines but after its first flight on 16 April, 1969, series production began in 1970 using Pratt & Whitney Canada PT6A27s. It was not until 1973 that production L 410Ms featured M 601s coupled with Avia V508 three blade propellers.

From 1979 came the M 601B powered L 410 UVP. It had been given a 1ft 7in fuselage stretch and there was provision for wing tip tanks to increase fuel quantity. The first flight was made in 1984 and production started in 1986. UVP variants possess STOL characteristics.

The UVPE came into operation from 1986, powered by 750 shp M 601E turboprops driving five blade Avia V510 propellers and with an upgraded tail, wing and fuselage. The toilet and baggage compartments were repositioned allowing seating for up to 19 passengers.

The L 410 NG features a longer nose and a larger rear area, more powerful and quieter GE H85-200 engines with Avia 725 propellers, a revised wing design, integrated fuel tank and larger luggage compartment. It has greater range and more endurance than the original types and can seat up to 19 passengers. It made its first flight on 29 July, 2015 and serial production began in March 2018.

Variant types
Manufacturing data
For detailed information about the manufacture of this aircraft, please consult our sister publication Airframer: LET 410
Charter operators
Why is this data obscured? 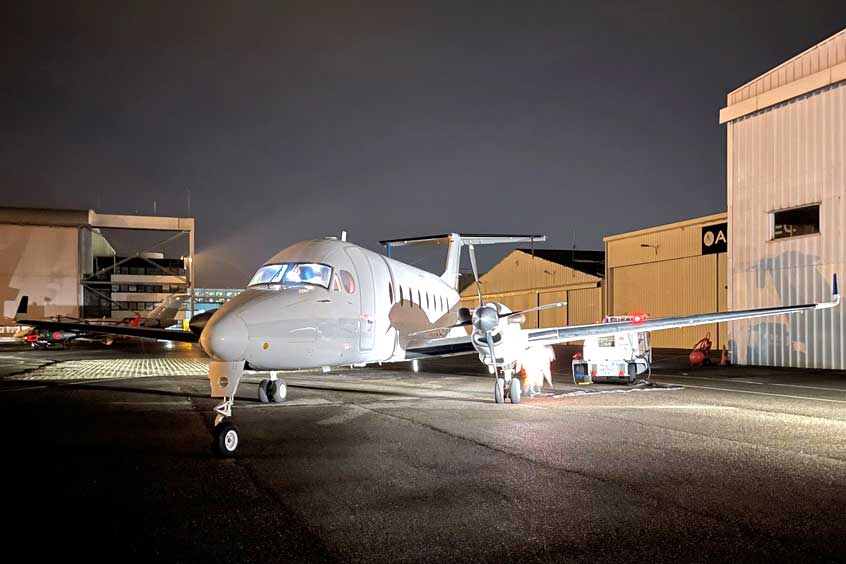 Leased aircraft to embark on Algerian ops
Two Beechcraft 1900Ds and a LET 410 are part of a transaction between Air Express Algeria and ACIA Aero Leasing. Two aircraft arrived this month, with the remaining Beechcraft due to join the operator in March.
Read the full report

No let-up in demand for half centurion L-410
The latest generation model of Aircraft Industries' L-410 has doubled its luggage compartment capacity to 400kg. A new integral wing has greatly improved endurance up to 10 and a half hours.
Read the full report

Komiaviatrans takes second L410
Komiaviatrans, based in the Autonomous Republic of Komi in northern Russia, has received a second Let 410 turboprop aircraft to add to its fleet.
Read the full report

Me and My Aircraft–Twin turboprops: The turboprop faithful sing the praises of rugged workhorses everywhere
Read the full report