The Shorts 330, sometimes known as the Shed, is a stretched 30 seat version of the SC.7 Skyvan STOL utility transport, manufactured by Northern Ireland-based Short Brothers.

An engineering prototype of the SD330 flew for the first time on 22 August, 1974 while a production prototype flew on 8 July the following year. The SD330 entered service in August 1976, powered by two 1,173 shp PT6A-45 turboprops driving five blade constant speed Hartzell propellers.

Production of the Shorts 330 ceased in September 1992.

The Shorts 360 is a stretched, 36 seat derivative of the SD330. Development was announced in 1980 and a prototype flew for the first time on 1 June, 1981. The first production SD360 flew in August 1982, certification was awarded on 3 September that same year and it entered service in November 1982.

The SD360 has a larger, swept tail unit mounted on a revised rear fuselage. It has a slightly greater wingspan than the SD330 and the extra 91cm of length reduces drag. Power is supplied by two 1,327 shp Pratt & Whitney PT6A-65R turboprops driving five blade constant speed Hartzell propellers. 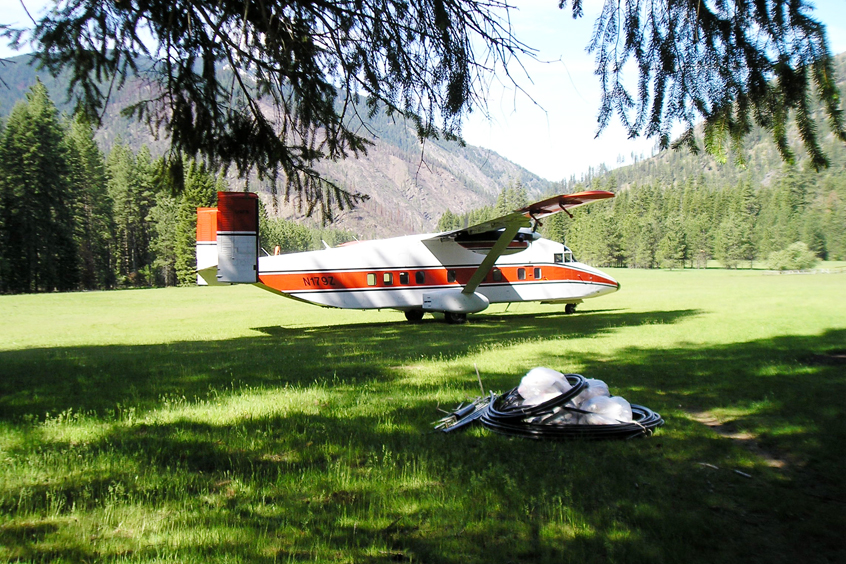 Enhanced Sherpas will be leaders in their field
A fleet of 15 SD3-60 Sherpas has been with the US Forest Service since 2014 performing complex missions to fight fires in remote regions. Upgrading their flight deck is expected to yield operational and safety benefits.
Read the full report

Me and My Aircraft–Twin turboprops: The turboprop faithful sing the praises of rugged workhorses everywhere
The business twin turboprop marketplace is one which Beechcraft has had sown up since business aviation was a boy in 1964, with its ubiquitous King Air line-up.
Read the full report