The EMB 110 Bandeirante is a Brazilian general purpose 15–21 passenger twin turboprop light transport aircraft designed for military and civil use.

Development began in June 1965, the project based on a study of the density of Brazilian commercial air traffic, as well as on the length and type of airport runways, aimed at obtaining a modern aircraft well suited to the country’s airport infrastructure at the time. The situation called for a small aircraft, a low-wing turboprop with capacity for eight people.

The first of three prototypes was flown on 26, October 1968. Embraer was set up in August 1969 to manufacture the EMB 110, by now known as the Bandeirante, Portuguese for Pioneer. Brazilian airworthiness certification was received at the end of 1972 and the first delivery was made on 9 February, 1973.

Bandeirante variants include the convertible passenger/freight EMB110P1 medium turboprop, manufactured between 1979 and 1989, and the EMB-110P2 dedicated commuter version with seating for up to 21. Production was halted in May 1990. 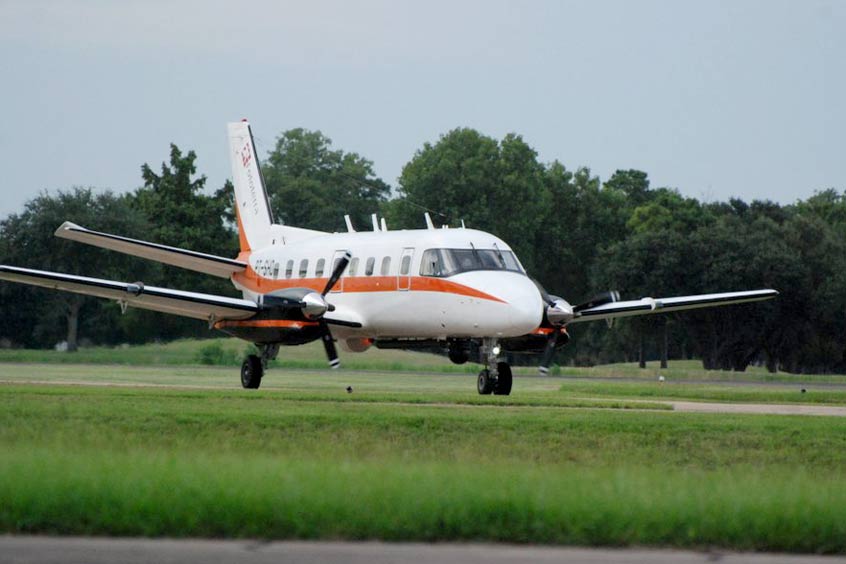 First special mission aircraft gains Plane Simple Ku-band
This advanced antenna system will enable Fototerra to fly further out over the sea as it monitors the maritime coast and posts images on behalf of the O&G industry.
Read the full report 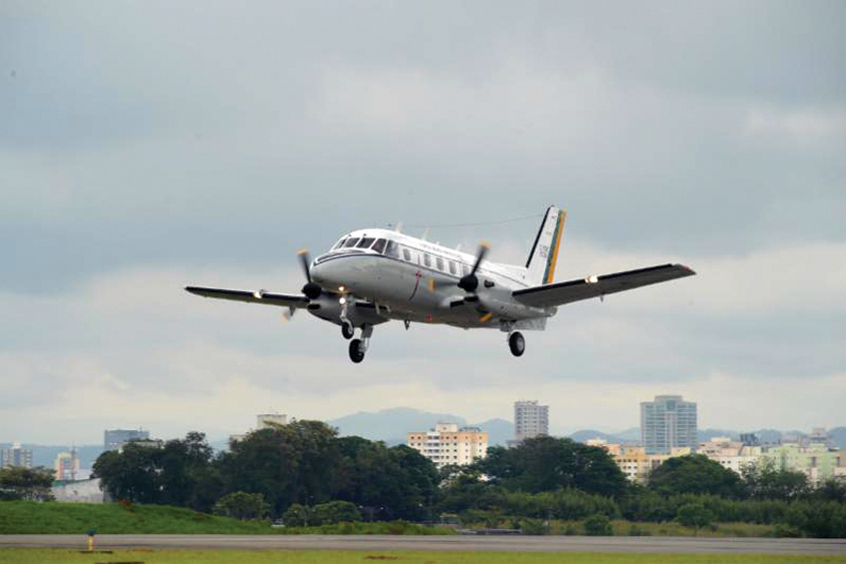 Embraer celebrates 50 years of the Bandeirante
The Bandeirantes were 17th-century Portuguese settlers who were integral to the territorial formation of Brazil. Fifty years ago Embraer took them as inspiration for its entry into the global aviation market.
Read the full report