The British Aerospace 125-400 is a mid size, low winged business jet designed to accommodate two pilots and six passengers. It has a slightly swept wing with large slotted flaps and airbrakes for ease of operation in and out of small airfields.

In 1961 de Havilland began work on a small business jet, initially designated DH.125 Jet Dragon, that would have a range of at least 1,000 miles; speed and cost factors that would outperform turboprop competitors; and a reliable and conventional engineering philosophy. Bristol Siddeley Viper turbojet engines were mounted on the rear fuselage, but turbofan power plants such as the Garrett TFE731 and Pratt & Whitney Canada PW300 were adopted for later aircraft.

The first prototype flew on 13 August, 1962, by which time De Havilland had come under the control of the Hawker Siddeley Group. The aircraft was given a longer fuselage and a greater wingspan, and the production standard performed its maiden flight on 12 February, 1963, entering service as HS.125 on 10 September, 1964.

Later 400 series variants were given increased maximum ramp and brake-release weights as well as an outward-opening main entry door. 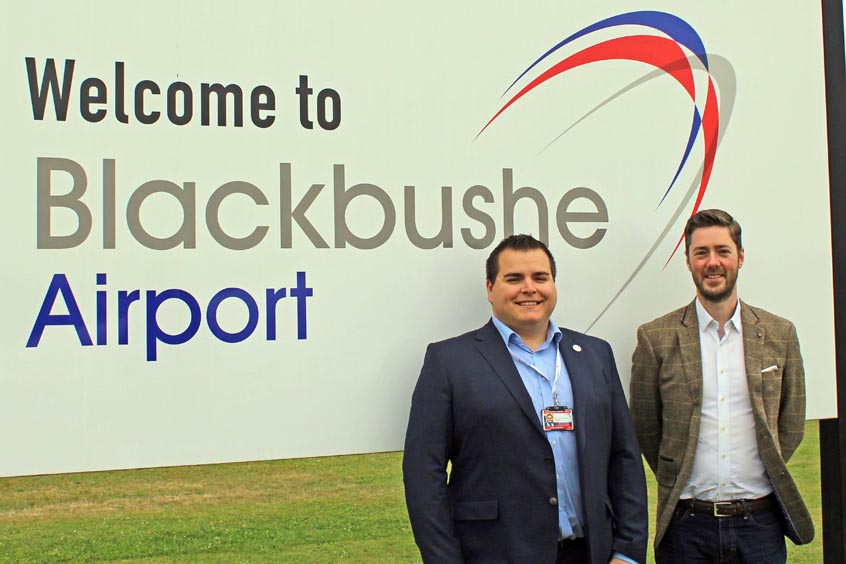